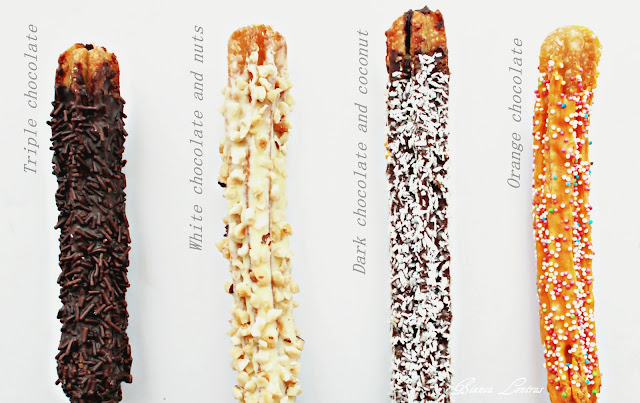 Churros are popular in Spain, Latin America, France, Portugal and the United States.  I was so curious about their origin, so I search the internet to see what I can find out. Well, all of the websites (including wikipedia) state that the history is divided on how exactly Churros came to exist. Some say they were invented by Spanish  shepherds. They were living in the high mountains, with no access to bakeries, so they came up with churro paste - easy to fry in an open fire. Some others say that Churros were brought in Europe by the  Portuguese sailors from Northern China, where they were called "You Tiao". They made adjustments to the technique of making them, as they couldn't learn the Chinese skill of "pulling" the dough. So, they were passing the dough through a star shaped tip.
Eventually the Churros were introduced in Latin America by the conquistadors and suffered various changes. The Spanish recipe has only flour, water and salt.   But any recipe found on the internet originated from Mexico had butter and eggs added. I even watched a video on youtube with Gordon Ramsay making Churros after the original Spanish recipe. In one of the comments there, someone was very surprised as how come Gordon, being a top chef, doesn't know that the original recipe has eggs and butter in it. He grew up in Mexico and he knows the recipe well.
Hmm ... I wanted another opinion, so I turned to my Catalan friend here in Tartu, a gourmet himself, Eneko Itziar. I asked him: ''Churros ... are they originally from Spain or Mexico, as both countries claim they have the original recipe?'' And his answer was : ''Not the first time I was asked about this :) The churros are from Spain, no doubt. There are different regions in Spain that claim to be the *inventors*, but it is said that the first *industry* of churros started in Catalunya in the XIX century. No doubt that the foggy beginning of  this recipe comes from the Arabs, as most of the *dry* or *fried* deserts in Spanish tradition. Actually what Mexican people call *churro* is what Spanish people call *porra*. The difference between these two is that the dough of the churros it's with hot water and the porra it just warmed one, to change the texture.''
After all the research, I decided to make both recipes, the Spanish and the Mexican ones :) 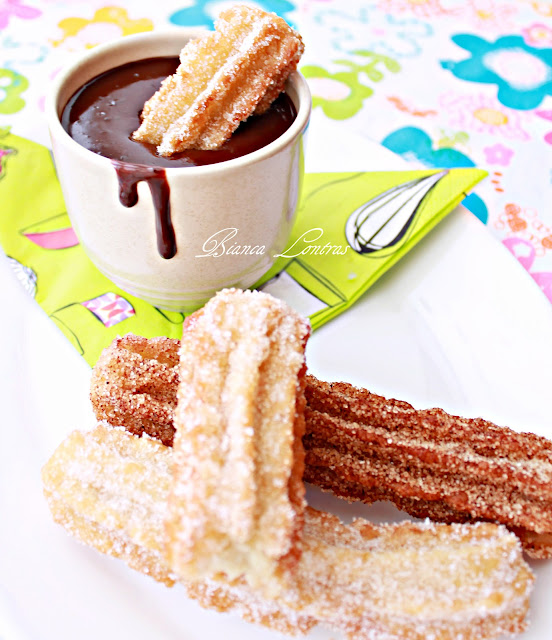 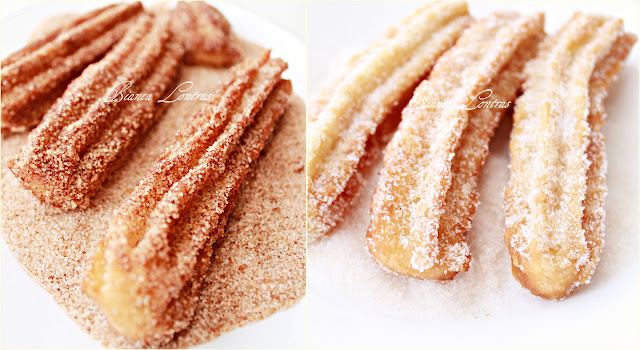 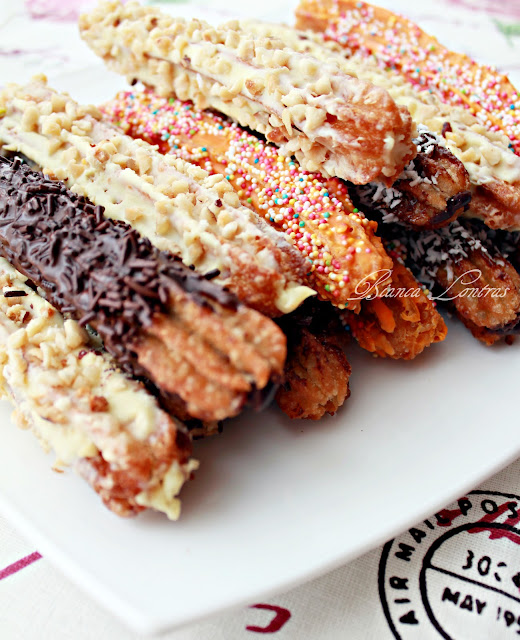 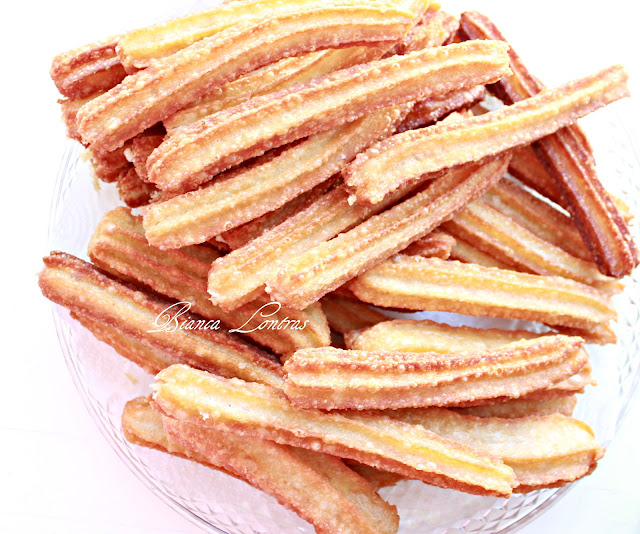 With the Spanish recipe I got about 18 churros, because I used my biscuits pistol to squeeze them, and they came out quite thick. With the Mexican one I got over 30!!!, but I used a pastry bag with a  Φ 10 mm star shaped tip . When I squeezed through the pistol, having eggs inside the dough, they expanded to much looking more as a thick Polish sausage and I wanted them thinner:)
But no problem here! My brother came by right when I finished them and he said: ''Keep some - the rest are mine!'' So, no waste! :)
Method for Spanish recipe:
Place the water and salt in a pot and bring it to boil. Then add all the flour and mix well until a consistent dough is formed. Remove from heat and continue mixing until smooth. Let the dough stand covered for about 15 min, to cool down.
Heat the oil at 180 degrees C in a large frying pan.  Place the dough in a churrera or a pastry bag  with a star shaped tip attached and squeeze out about 20 cm long churros straight into the hot oil. Fry them until golden brown, on each side. Place them on kitchen paper to absorb the excess oil and while they are still hot, sprinkle with sugar or cinnamon sugar. Serve them immediately with hot chocolate sauce.
Method for Mexican recipe:
Same method as the Spanish ones, just that the butter is placed in the water mix. After the butter is melted and the mixture is almost at the boiling point, place the flour and mix until the dough releases from the sides. Remove from the heat and place the dough into a table top mixer. On a low speed, mix the dough, adding one egg at a time. Leave the dough covered for about 15 min, to cool down.
These ones I chose to fill  with creme patisserie (pastry cream) mixed with chocolate, then covered them in chocolate and sprinkled them with coconut, nuts, chocolate and colored sprinkles. 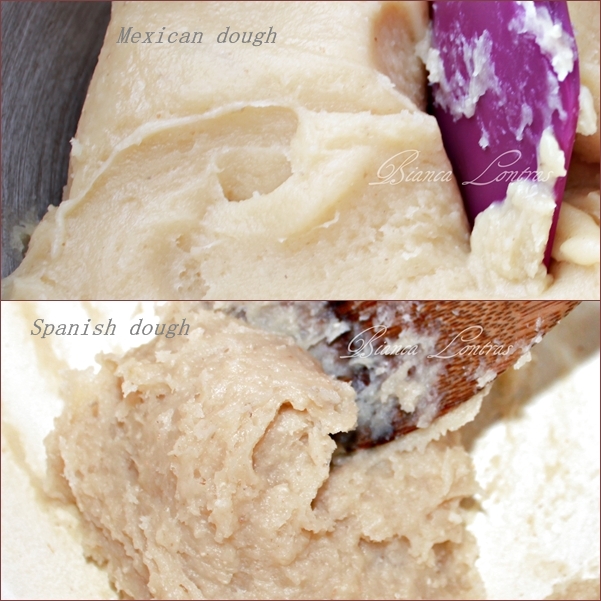 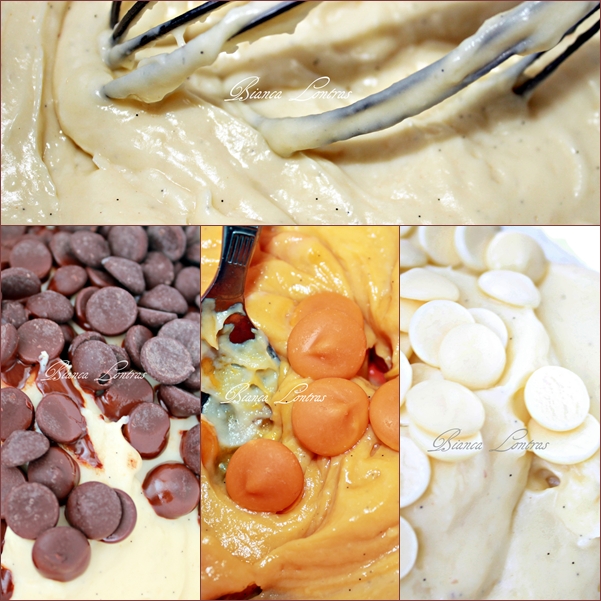 Which ones I liked the most? Has to be the Mexican ones, as they are moist and soft, compare to the Spanish ones that are crunchy outside and a bit chewy inside.
I hope Eneko won't be mad at me about this ;) 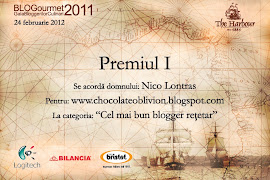 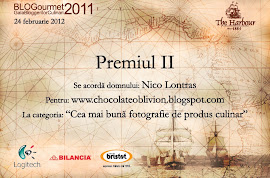